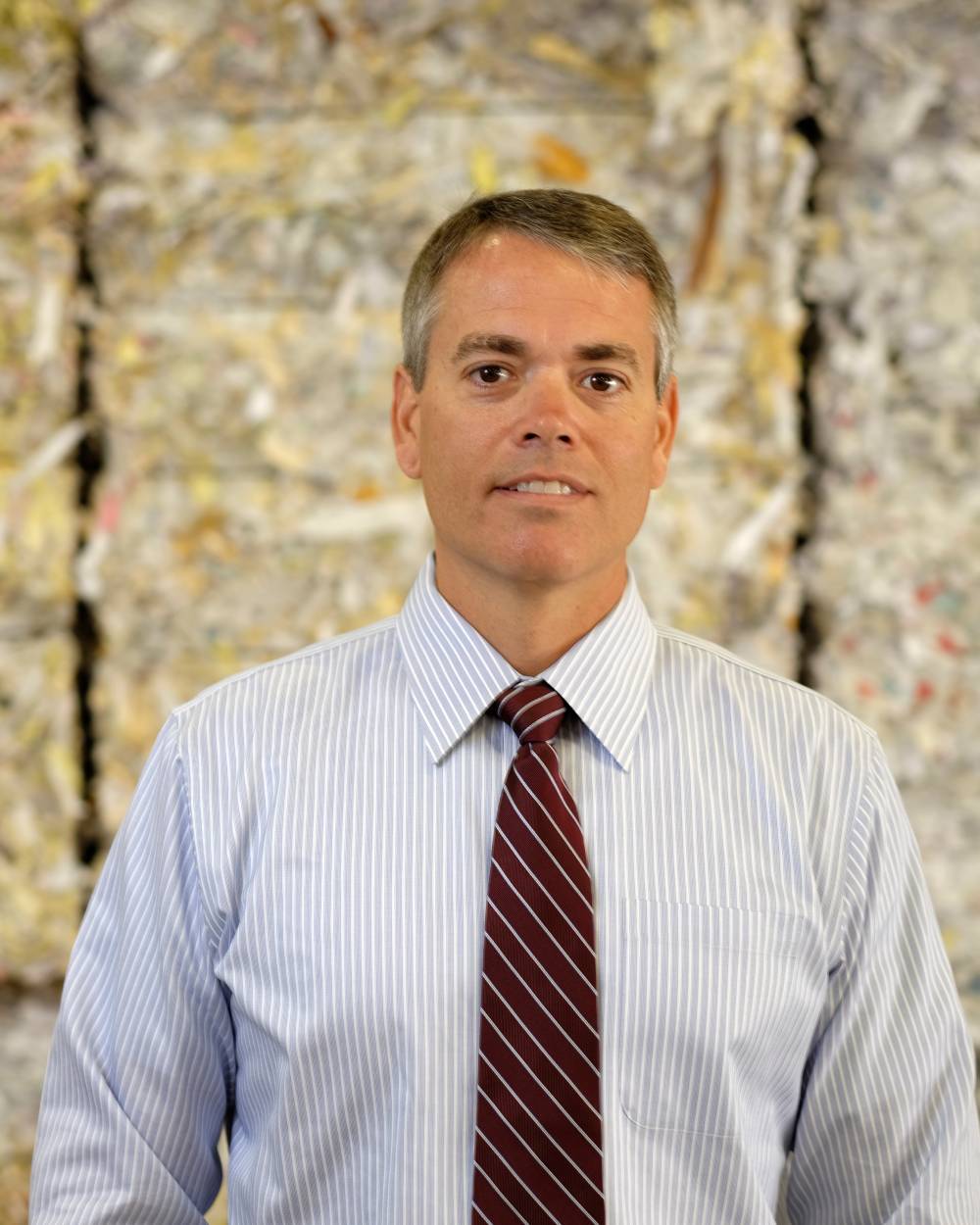 He has also earned the industry’s Certified Secure Destruction Specialist (CSDS) credentials. This makes John one of just a select group of individuals in the country to have taken and passed the highly specialized, rigorous CSDS exam, which is obtained through the National Association for Information Destruction (NAID), the overseeing body of the shredding industry. This accreditation qualifies him as a recognized industry expert, and his knowledge and expertise are of tremendous value to the RDD customers. As a certified shredding company recognized by the National Association for Information Destruction, John has also taken on leadership roles in NAID, and currently serves on the national Complaint Resolution Council and the Certification Review Board. John is actively involved as a member of the Conway Family Business Center, and in the CEO Group within the Conway.

John also serves on the Small Business Council and the Government Affairs Steering Committee with the Columbus Chamber of Commerce. Royal Document Destruction is a long-time member of the Better Business Bureau, Columbus Chamber of Commerce, and the National Federation of Independent Businesses. The company has been recognized by Business First as one of the fastest growing privately held businesses in Central Ohio six times, as well as nationally recognized by Inc. Magazine as one of the most successful private companies in the country three times. 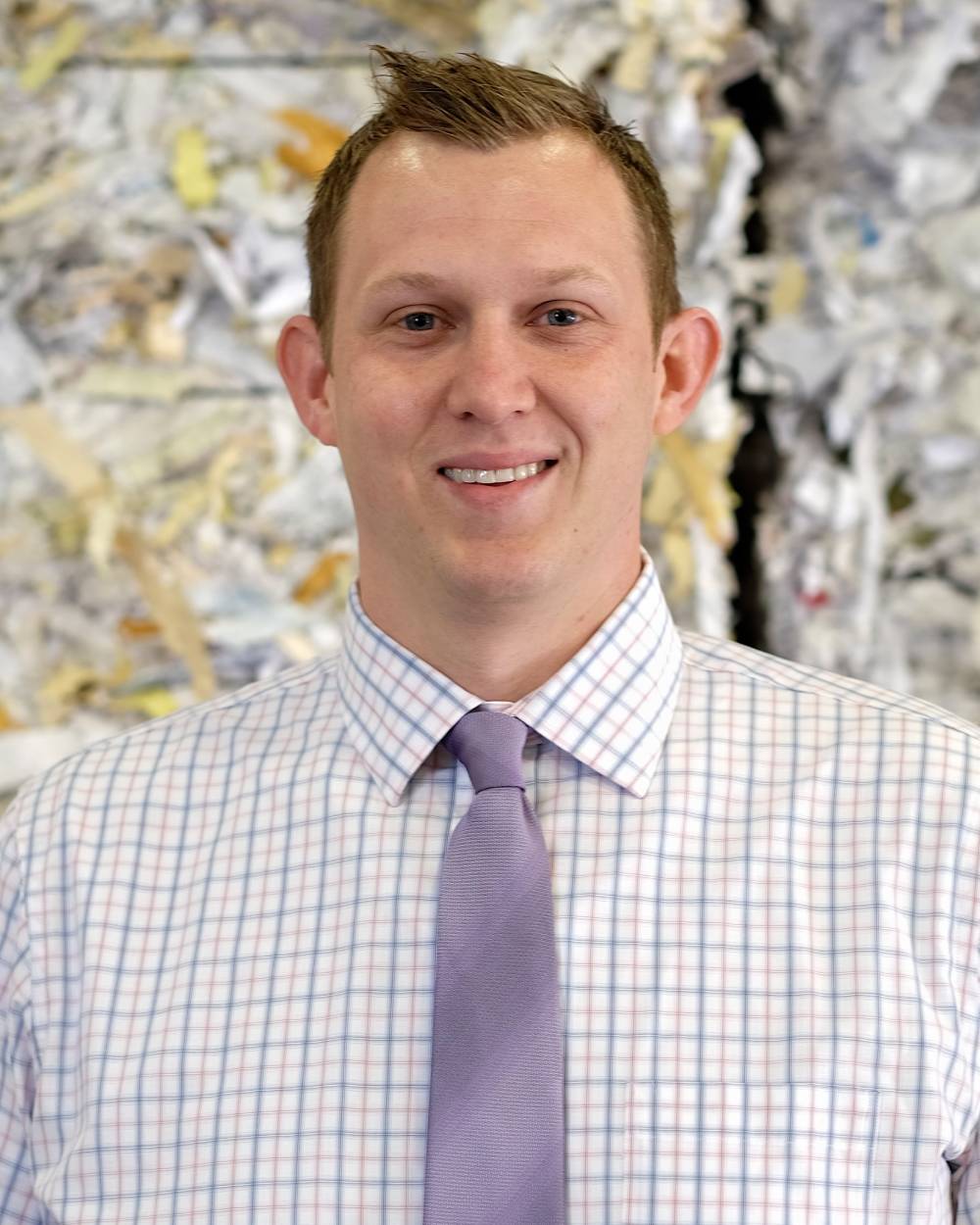 Rob Grubaugh has worked for Royal Document Destruction since 2009, and now serves as the company’s Vice President. Rob is widely recognized as an industry expert, and has also earned his CDSD credentials from the National Association for Information Destruction (NAID). A 2009 graduate from The Ohio State University, Rob brings a strong background in business-to-business sales and customer service. He continually strives to grow and enhance current customer experiences, as well as creating new partnerships with clients. Rob has been an important part of expanding Royal Document Destruction’s community involvement where he previously served on the Board of Directors for the Worthington Chamber of Commerce. In 2014. He is also a participating member of the Columbus Chamber of Commerce where he serves on the Membership Engagement Committee (MEC) as well as The Greater Powell Chamber of Commerce. With his outgoing personality, Rob is a common staple among community networking events. Importantly, Rob obtained his Certified Secure Destruction Specialist (CSDS) accreditation in the spring of 2018. This is the highest accreditation a professional in the shred industry can obtain, and those that achieve this rating are better qualified to give expert advice to customers regarding all aspects of the industry. The rigorous CSDS certification is maintained by the individual as long as they comply with their ongoing educational requirements. On a personal note, Rob and his wife Karaline live in Grove City with their daughter Rowan. Rob can usually be found at the golf course, watching the Buckeyes or Blue Jackets, or helping to sell cookies as a troop leader for Rowan’s girl scout troop. 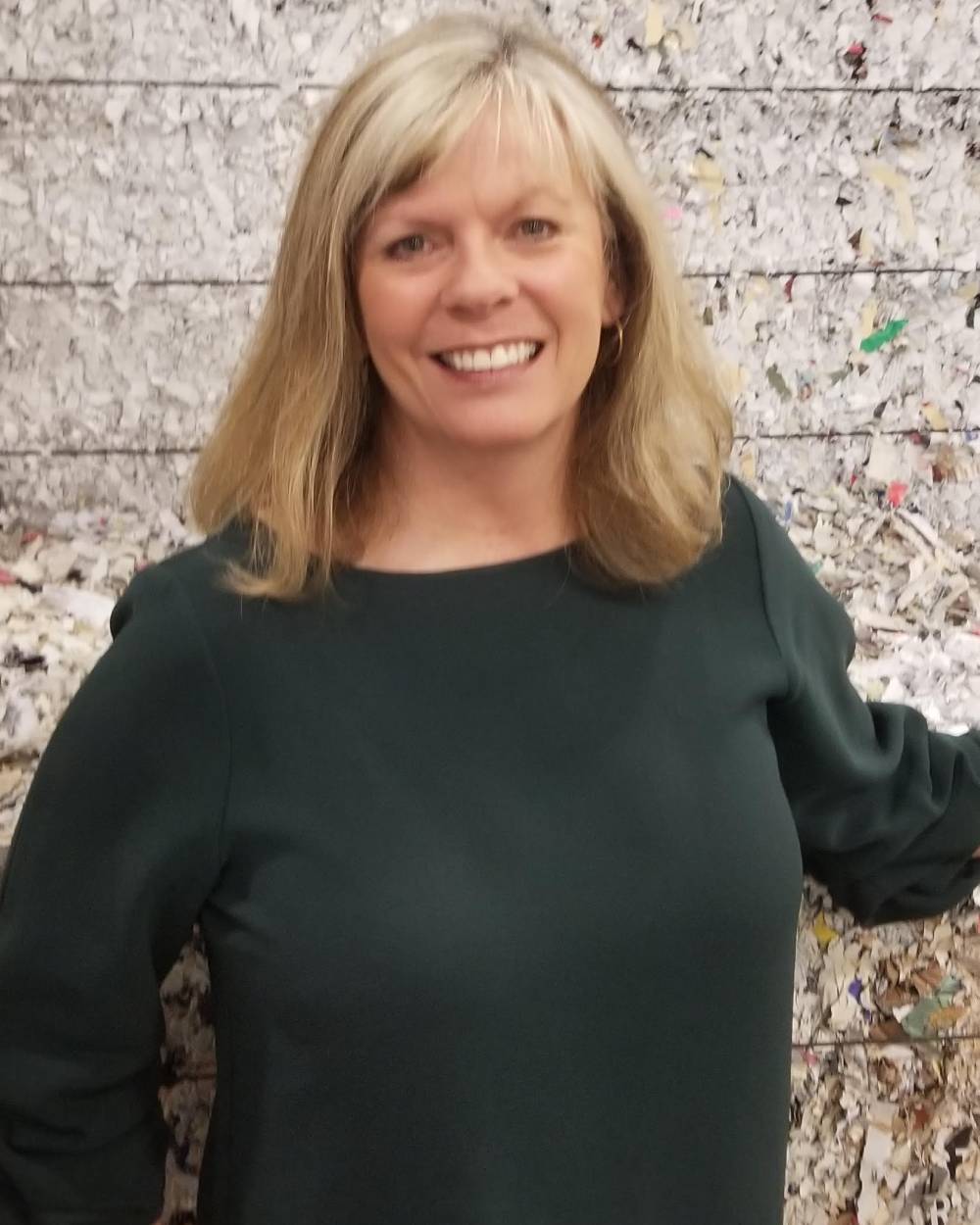 Laura (Radtke) Daly was born and raised in Columbus, Ohio. Laura graduated from Bishop Watterson High School and from Miami University with a degree in Public Relations/Communications. Following college, Laura spent several years working in marketing at an advertising agency and hospital, then helped coordinate marketing efforts at affiliate and family-owned Royal Paper Stock. In 1995, Laura became a founding partner of Royal Document Destruction with her husband, John, and brother, Jason Radtke. In addition to her work at Royal Document Destruction, Laura is an active member of the Conway Family Business Center, where she is a member of the Women In Business group, and she also serves as a Vice-Chair of the local National Federation of Independent Businesses (NFIB) organization. With a life-long commitment to volunteerism, Laura was a member of The Junior League of Columbus, The Pleasure Guild, which raises funds for Nationwide Children’s Hospital, as well as locally volunteering for many years at Church of The Resurrection and for her son’s New Albany schools and athletic teams. Laura and John reside in New Albany. Their three sons— David, Jared and Jack, are the joy of her life. 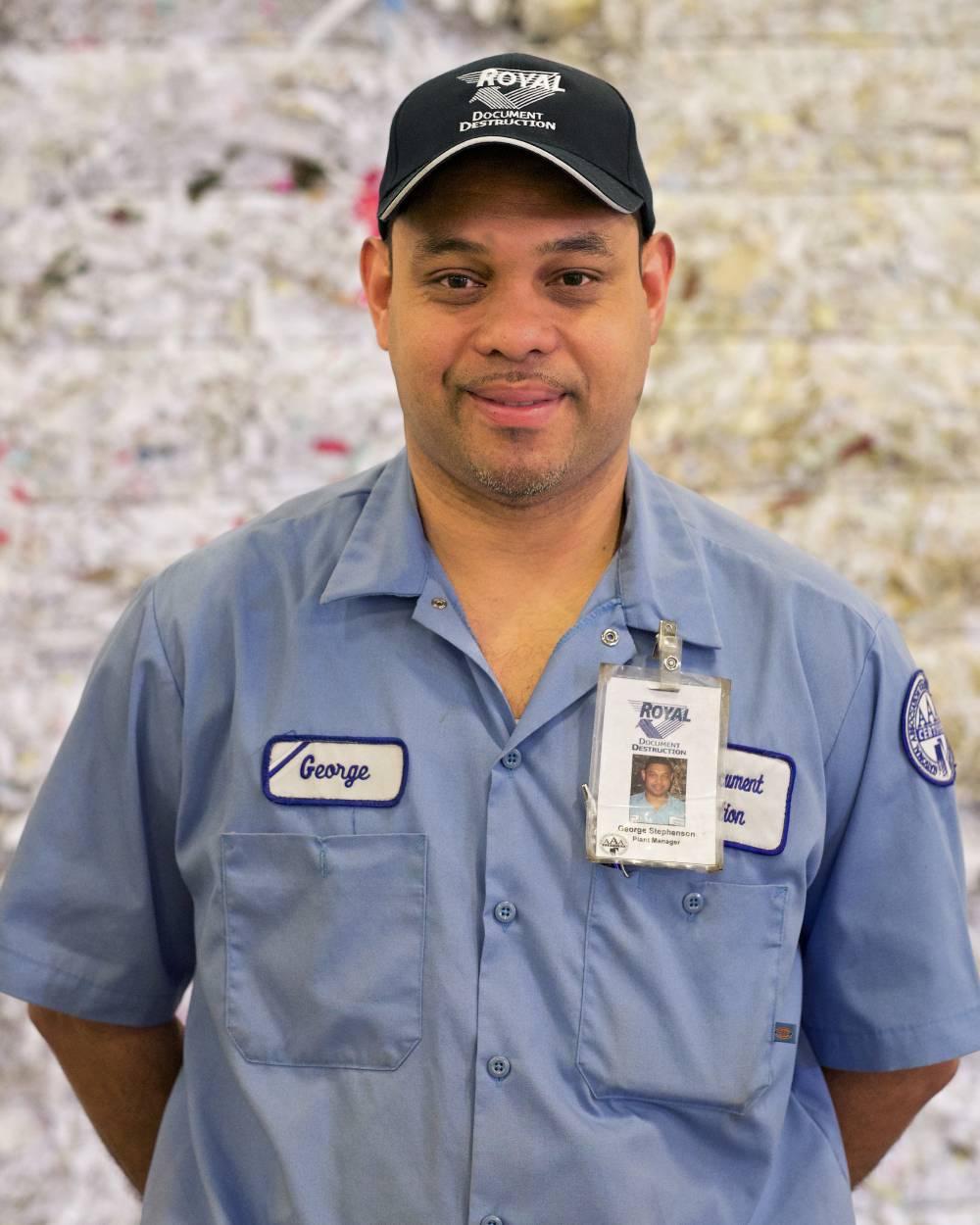 George is Royal Document Destruction’s plant manager, and he oversees a staff of 10 people. He has been with the company for more than 20 years, and his job responsibilities have grown and developed along with the progression of Royal Document Destruction. For the last 12 years, George has served as the plant manager of the now 25,000 square ft., highly secure and automated shredding facility. As he has helped the company’s plant grow, George places top priority on his personal career goals of providing the upmost in security, safety and productivity on a daily basis. Under George’s supervision, Royal Document Destruction’s Columbus plant now operates a dual, high speed, cross-cut paper shredding system, automated baler, dust system and a 24-camera, high-tech digital security monitoring system to provide the best technology and safekeeping in the paper shredding industry. In 2014, Royal Document Destruction added a new 150 horsepower, high speed, product destruction shredder to expertly handle the destruction of clothing, uniforms, media, hard drives, obsolete product, recalled items, packaging overruns and more. George’s job responsibilities continue to grow as the company expanded its plant operation to include three specialized shredders to best service the needs of Central Ohio businesses. George and his wife, Pam, have been married for almost 25 years. In his spare time, George enjoys family vacations and travel with his wife and four children. The Columbus Crew and the Ohio State Buckeyes are his favorite local sports teams. 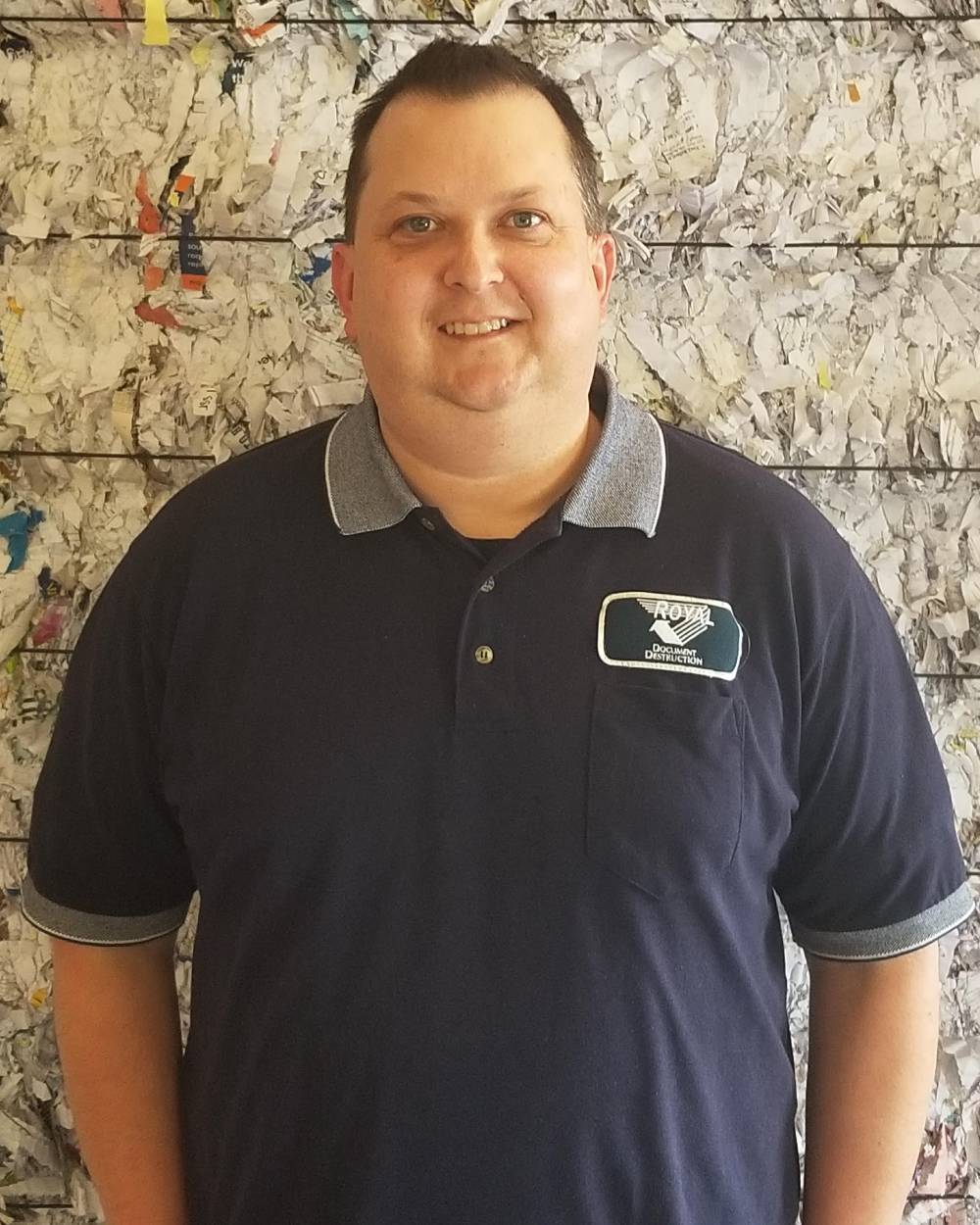 Mark is the Operations Manager at Royal Document Destruction’s Cincinnati facility. Mark grew up in Eastern Ohio, and he graduated from Newcomerstown High School and Wright State University. Prior to beginning his career at Royal Document Destruction in 2016, Mark worked at General Motors for a number of years as the Material Supervisor, and he also ran his own small business. In his spare time, Mark is a baseball and football fan, and his favorite team is the Ohio State Buckeyes. He has also coached his son, Connor, and his youth baseball team. He and his wife, Jennifer, enjoy traveling with their family. Mark, Jennifer and Connor reside in Butlerville.

Get in Touch With Us